With huge success and the participation of hundreds of professionals, researchers and students, the first live conference on Blockchain technologies in Greece, the 1st Blockchain Conference, completed its work on Tuesday, June 21, 2022 at the Grand Hotel Palace.

The Insurance Innovation conference was a meeting opportunity for more than 240 enthusiasts of digital currency and NFTs technology who attended with great focus the interesting and comprehensive speeches of the 18 speakers. The delegates had the opportunity to be informed about the new market trends and to come into direct contact, exchanging opinions and knowledge with international as well as Greek experts. At the same time, 1350 online participants watched the proceedings of the conference via live streaming, commenting and asking questions to the speakers.

The rich agenda of the conference, responding to today’s demands, covered a wide range of subjects including the metaverse, smart contracts, the internet of things, law tech, cyber attacks, cyber security and cyber insurance, with the speeches to have a strong element of interaction, capturing the thoughts and concerns of the participants. The speakers provided answers to a multitude of questions as well as food for thought regarding emerging development opportunities and professional perspectives offered by Blockchain technologies both in Greece and abroad.

The start of the conference was marked by Mr. Theodoros Theodoulidis, Rector of the University of Western Macedonia, while Prof. Dimosthenis Anagnostopoulos, Secretary General of Public Administration Information Systems of the Ministry of Digital Governance, delivered an introductory speech, about the innovative tools in which the state apparatus invests in the context of the digital transformation of public administration systems.

The conference was also welcomed by the Mayor of Trikala and president of KEDE, Mr. Dimitris Papastergiou, who spoke about tricoin, the Trikala cryptocurrency, which is part of the Strategic Development Plan for Trikala, which has been submitted as part of ‘Greece2.0’ , while at the same time Mr. Dr. Nikolaos Bogonikolos, President, Aratos Group & Author of the book “The new economy of Blockchain”, in his address he spoke about the new economic perspectives brought by the development of Blockchain technologies.

In addition, in the first section of the conference, two international speakers were hosted, who conveyed to the delegates the latest trends in the field of Blockchain, making their estimates for the exploitation of innovative cryptographic technologies in the coming years. Mr. Jorge Sebastiao, Project Advisor, Co-Founder Global Blockchain Organization Co-Founder EcoX, with more than 30 years of experience in information and communication technology companies, such as HUAWEI, referred to the new balances shaped by the development of Blockchain technologies, while Mr. Rezza Valdo Maspaitella, President & CEO, VALDO Inc., one of the leaders of the Indonesian financial market, explained how Blockchain technologies are utilized and contribute to the strengthening of the Indonesian economy.

The main speakers of the conference were the Economic Analyst and Journalist of Euro2day, Mr. Vassilis Pazopoulos, speaking about the Bitcoin revolution and its economic and social effects, Mr. Michalis Migos and Panagiotis Pierros from the company TIC TAC Data Recovery & Cyber ​​Security, developing in their speech the issue of online fraud and security related to cryptocurrencies and NFTs and Mr. Manolis Chrysostalis, President and CEO of New Co, referring to the effective utilization of Blockchain technologies and the Internet of Things.

The prospects of Blockchain technology in education and training in Greece

In the special section of the Blockchain in Education conference, Mr. Dimitris E. Kyriakos, Director of D.IEK Aigaleo, presented the Chaise Blockchain consortium, a Cross-Sector Skills Partnership, which responds to the growing demand for Blockchain education and technology skills distributed ledger (DLT) across Europe. As Mr. Kyriakos explained, the main mission of the CHAISE project is to develop a strategic approach to the development of Blockchain skills across Europe, as well as to offer future relevant training programs, responding to the current and future employment needs of the European Workforce in the field of Blockchain.

Mr. Giorgos Deligiannidis, Business Development Manager of Blockchain Factory, introduced us to the 1st Blockchain incubator in Thessaloniki. The Blockchain Factory is part of the Open Tech Blockchain social enterprise, an initiative of technology activists. As Mr. Deligiannidis emphasized in his speech, this is the first urban technology ecosystem in Thessaloniki, which, housed in an innovative space with equipped meeting rooms, workshops and individual workplaces, actively contributes to the development of the commercial and business center of the city, simultaneously strengthening the strategic position of Thessaloniki in the eastern Mediterranean. 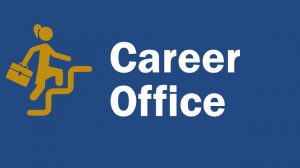